Generics and Biosimilars represent two quickly growing approaches to developing drugs outside of the current patent system. Combined, there was a realized savings of $330 Billion dollars in 2020 [1, 4]. These numbers are growing quickly and novel new research funding mechanisms like pay-for-success contracts can help radically accelerate their presence in the market.

Generic medicines are available on the market after related patent and exclusivity protections expire. These vary, ranging from 180 days for similar generics to 7 years for drugs intended to treat rare diseases. The market dynamics of generic drugs are sometimes unintuitive — so much so that cash prices are often cheaper than insurance co-pays.

In this article, we’ll discuss some broad figures that describe the growing generics and biosimilars market in the United States. These drugs, for which the economics and policies are sometimes difficult to wrap one’s head around, represent a significant opportunity to design a better healthcare system.

In the United States, there was a total of $330 billion in realized savings from the use of generics and biosimilars in 2020. This represents an average of $6.6 Billion in savings per state. Notable markets include California saving $30.4B, Texas saving $26.6B, and New York saving $26.4B [1, 4]. These figures include $2.1 billion in savings for Medicare members and $1.1 Billion for Medicaid members.

In the United States, 90% of prescription drugs are filled using generic or biosimilar substitutions rather than on-patent drugs [1, 4]. However, even with this overwhelming majority of elected use, generics and biosimilars account for less than 20% of total U.S. spending on prescription meds [1, 4]. In other words, only 20% of all U.S. prescriptions receive 80% of the total spending.

Another powerful figure from the 2021 AAM report is the startling difference in average co-pay between generics vs. on-patent compounds. The average copay for generics and biosimilars was $6.61 compared to an average of $55.83 for on-patent drugs — 700% more expensive.  In addition, 93% of all generic or biosimilar prescriptions are filled for $20 or less in copays compared to only 50% of on-brand compounds being available for the same price [1, 4, 5].

Yet another powerful figure reports that biosimilars and generics are prescribed on 98% of occasions when available [1, 4]. In other words,  This is a particularly relevant figure for those patients without insurance coverage—a total of 28 million in the United States alone as of 2020 [2]. In 2020, the uninsured accounted for $14 billion dollars of total prescription medication revenue in the United States. Of that figure, 97% was spent on generics and biosimilar medicines.

Generic and biosimilar drugs are utilized differently among varying age groups. Adults between ages 40-64 account for nearly $145 billion of the total $330 billion in savings from generics realized in 2020 alone. Adults ages 65 and older also accounted for a significant portion as well — $120 billion. Noteworthy here is that children and teenagers under the age of 19 account for only 6% of total realized savings from generics [1, 4].

Heart disease, mental health, and diabetes are the top three conditions in terms of money saved thanks to generic drugs. These three conditions alone account for nearly 60% of all savings realized by generics and biosimilars in the United States [1, 4]. It’s worth noting that these figures correlate strongly with the most prevalent health conditions in the U.S. rather than being disease-specific. In other words, generics are helping save money across the board.

Generic medications have also shown extreme resiliency towards supply-chain shocks. The most recent data takes into account marketplace dynamics during the COVID-19 pandemic. This health crisis has been like none other in recent history and stressed many supply chains and developmental stages of the pharmaceutical pipeline.

However, other than an initial decrease in demands for generics for money at the very start, supply chains and inventories of generics and biosimilars remained steady throughout the pandemic [1, 4]. This illustrates a resiliency in the generics market reflecting both production capacity and market demand.

One concern is the inefficiency of insurers and federal healthcare programs to support the use of generics and biosimilars. For example, a recent study by Avalere found that almost 50% of Medicare patients paid the full cost for generics because the co-pay amount was greater than the cash price—because Medicare copays are often determined by the level of the plan rather than the specific drug being prescribed. In these cases, the plan-determined copay was more than the cash price of the generic drug [3].

In 2019, biosimilars accounted for roughly 40% of total invoiced medical spending in the United States, soaring over $200 billion in total revenue [4]. Biosimilars are a novel new opportunity for the prescription medication market but still relatively new — accounting for less than 3% of total savings in the U.S. in 2020 [1, 4].

There are currently more than 90 biosimilars under development which reflects a growing demand for branded alternatives. Many of these are a result of settlements in patent lawsuits allowing biosimilars to enter the market before patent expiry of the branded medications [1, 4].

Chief among these differences is that biosimilars are made from—you guessed it—biological sources. These are sources such as proteins, viruses, bacteria, or other naturally-occurring compounds. These compounds are derived from the same sources as the branded versions but differ in several noteworthy ways. According to the United States Food and Drug Administration (FDA), a biosimilar is defined in two primary ways:

Biosimilars can also be further qualified as an “interchangeable product” as outlined in the Biologics Price Competition and Innovation Act. This requires additional data showing that the same clinical results can be produced in any patient and safety data for using the product interchangeably with the branded product has been evaluated.

Generic drugs are identical to the branded compounds for which they are substituted. These compounds are regulated via the FDA’s Office of Generic Drugs. These compounds are the biological equivalents of their respective branded versions and are available more cheaply due to patent expirations and lapses in exclusivity coverages. These two periods vary considerably and are dictate when a compound will likely see a generic alternative.

For example, United States drug patents are issued for a 20-year period from the date of filing. Exclusivity protections vary largely based on the compound classification. As listed by the FDA;

Generics are also much cheaper to develop compared to biosimilar compounds—through application prices can be quite expensive [5]. The ability of generic drugs to be repurposed for new indications is a novel new application as well. These drugs, often financially orphaned after going off-patent, can be used to treat other health conditions with supporting data.

This development process can still utilize existing Phase I/II clinical data and only requires data supporting the use of the generic in another condition. Even though these types of drug-repurposing studies are relatively inexpensive they are still too costly for many payers such as health insurers or municipalities to justify. Novel new funding methods like social impact bonds and pay-for-success contracts are helping address this market failure.

Biosimilars and generics are both classes of drugs that stand to disrupt the $1 trillion pharmaceutical industry. In the case of generics, repurposing trials represent a novel new form of drug development that is 100x cheaper and 10x faster, on average. Currently, these drugs are often “orphaned” in the financial sense—meaning drug companies don’t want to foot the bill to fund the clinical trials needed for repurposing.

These limitations can be overcome through novel new means of funding such as impact bonds, pay-for-success contracts, and blockchain-powered crowdfunding. Imagine — advocacy groups for rare diseases being able to fund their own studies; citizens around the world quickly finding solutions to new diseases; trillions of development costs and decades of time being crumbling away as the power of modern technology is leveraged—that’s the world that we’re building.

Zack West
View More Posts
Zack is a marketing professional with 10+ years of experience in design and digital strategy. He studied engineering graphics at North Carolina State University and is currently studying Computer Science at Western Carolina University to formalize his passion for healthcare technologies 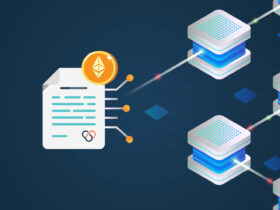 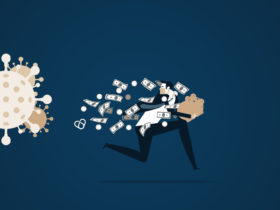 Tragedy of the Commons: A Solvable Problem Caused by Our Current Drug Patent System 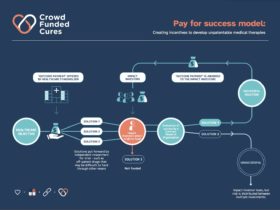